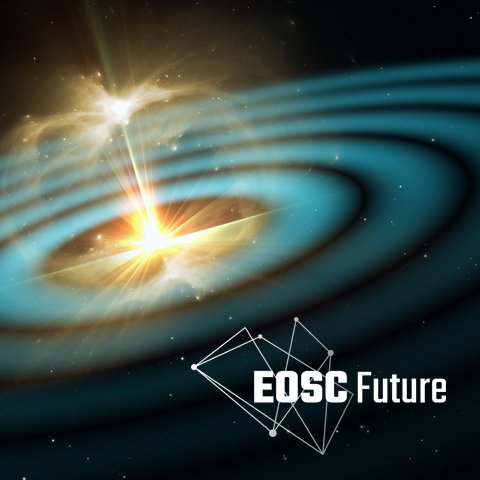 The Extreme Universe project intends to develop a sustainable platform within which to enable multi-messenger/multi-probe astronomy (MMA). There are many studies of transient astrophysical phenomena that benefit from the combined use of many instruments at different wavelengths and different probe types. Many of these are based on the trigger of one instrument generating follow-ups from others at different timescales from seconds to days.  The intention within ESCAPE is to build such a platform for MMA science in such a way as to make it sustainable.

ESCAPE took inspiration from the pioneering first observation in 2017 of a gravitational wave source, GW170817, from the merger of two neutron stars, and importantly by the rapid follow-up by instruments from astrophysics, cosmology and nuclear physics of this historical event. Another recent successful example of linking together existing telescopes is the Event Horizon Telescope Collaboration (EHT) that leverages considerable global investment and has been awarded a number of prestigious titles for its ground-breaking results in making the first-ever image of a black hole in the galaxy M87. Such observations could lead to images of strong gravitational effects that are expected near a black hole.   Extreme energetic astrophysical pulsing phenomena such as GRB, AGN, FRB are also high-energy phenomena not yet fully understood. A data sharing and open-science approach are key to adding knowledge and progressing towards an understanding.

A holistic approach to black holes and exploiting gravitational waves for fundamental physics are the main guidelines of the “extreme universe” (EU) Test Science Project. The ‘frontier’ for multi-messenger science is to understand extreme matter and particle processes in strongly curved spacetime.

The ESCAPE TSP would implement an integrated platform for Multi-Messenger Astronomy where data from different wavelengths/messengers can be easily gathered, analyzed and modelled holistically, and not remain fragmented as at present.

The scientific added value of this project is to set up a sustainable platform for multi-messenger astronomy that is available for publishing and following up on interesting “trigger” events on a range of timescales, as well as a data analysis platform for MMA.

The Open Science added value of this project includes the possibility to perform “realistic” studies from the web driven ESCAPE/EOSC infrastructure which will lower the bar for access to scientific data and tools towards the utilization of the open data as made available by the ESCAPE collaborators.  The technologies applied in the Extreme Universe SP datasets are general, and as such the SP is a showcase of the potential of Open Science research using EOSC tools.