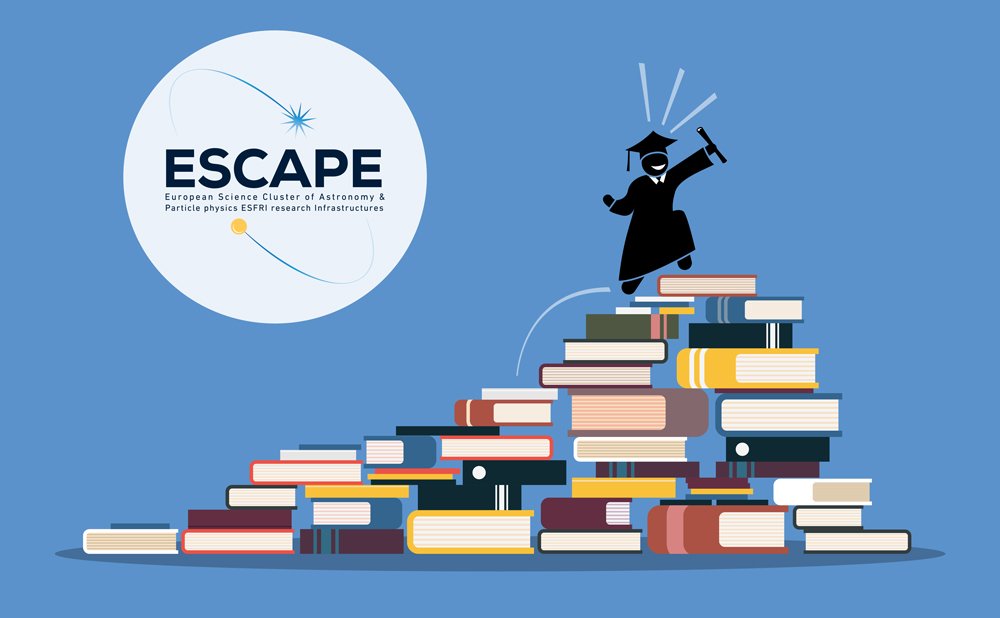 The ESCAPE (European Science Cluster of Astronomy & Particle Physics ESFRI Research Infrastructures) Project offers to one Post-doc researcher the chance to join an exciting international consortium with partners from all around Europe (see below).

The Institut de Física d’Altes Energies (IFAE), based in Barcelona (Spain), a partner of ESCAPE, is looking for 1 post-Docs to join the ESCAPE international consortium. You can apply for the vacancy focused on the development of open-source scientific software for the Cherenkov Telescope Array and the rest of ESFRI infrastructures participating in the ESCAPE project.

ESCAPE answers the European Open Science Cloud (EOSC) ambition in bringing People, Data, Services, Training, Publications, Projects & Organisations, all together in an integrated and federated environment. It is the first time that many of the greatest European scientific facilities in physics and astronomy have combined forces to make their data and software interoperable and open, committing to make the European Science Cloud a reality.

Working in Astroparticle Physics and Cosmology at IFAE

IFAE is a worldwide-recognized center for fundamental research in physics, including Particle Physics, Astroparticle Physics and Cosmology, and provides an international, dynamic and competitive environment for training of young researchers. IFAE is one of the few Spanish research institutes awarded with the Severo Ochoadistinction for excellence on research.

IFAE is one of the leading groups for the construction, installation and commissioning of the first CTA Large Size Telescope (LST) and the development of CTA Northern site at La Palma. The institute isinvolved in the mechanics and electronics for the LST, as well as in data management and atmospheric monitoring. In addition, IFAE is responsible for significant hardware elements of the MAGIC telescopes and for its Data Center. The group is also very active in the analysis and interpretation of MAGIC observations and has a particular interest on Galactic sources, Active Galactic Nuclei and Fundamental Physics.

Do I have the necessary profile?

What are the conditions?

Which research teams at the IFAE will I join?

How do I apply?