ESCAPE engages in the initiative for Dark Matter spanning ECFA, NuPECC and APPEC 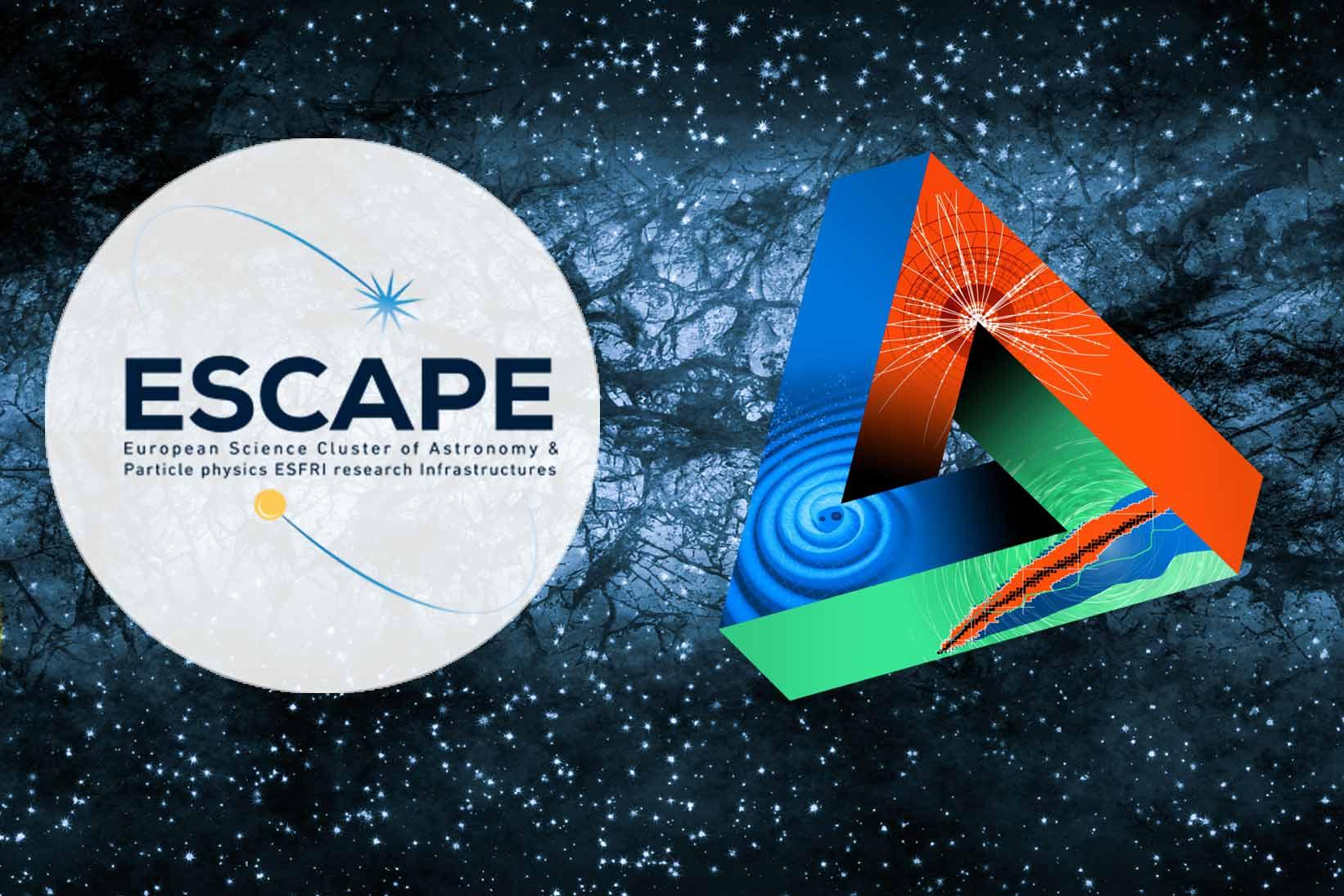 An Expression of Interest for a cooperative action on Dark Matter has been submitted in response to a dedicated open call co-organized by the three consortia APPEC-ECFA-NuPECC at JENAS 2019 for possible projects with interest spanning the high energy physics, astroparticle physics and nuclear physics communities. The main goal of this initiative is to establish a broad platform, exploiting synergies and complementarities across different communities, which will be done in collaboration with ESCAPE. Indeed, Dark Matter is one of the subjects originally considered in the ESCAPE work program as a Test Science Project (TSP) case in the remit of Open Science to Open Data & Reproducible Science.

Understanding dark matter, how it was produced in the early universe, what its nature is and where it is located in the cosmos is one of the fundamental physics problems of our century.

A broad approach to dark matter research is necessary given the nature of the challenge: the only evidences that we have about the existence of dark matter are from astrophysics, and there is no clear indication of its nature. There are many ad-hoc occasions for the above communities to discuss, collaborate and exchange opinions (e.g. conferences and workshops). There are many organized efforts gathering one or more communities that are working on the interpretation of searches using common theory frameworks, motivating the development of new theoretical ideas and developing common languages for comparison of different experiments and diverse datasets.

However, there is to date no permanent platform where the different communities can identify cross-fertilization opportunities for mutual benefits, with an even broader perspective of the complementary set of experimental searches, astrophysical/cosmological observations and theoretical benchmarks. The main goal is to establish such a broad platform, exploiting synergies and complementarities across different communities, in collaboration with ESCAPE project, that has among its objectives the sharing of technical tools.

ESCAPE will support this “Dark Matter” initiative as a TSP, aiming at being a test bench for building a common FAIR-data open research environment. This means implementing a prototype science analysis platform for any researcher providing multiple services: - data gathering and discovery; - access to software & services (through the ESCAPE software catalogues); - customised processing & workflows (of any single scientist uploaded in the system); - interface with large-scale computing infrastructure (HTC and HPC); - adds analytics and visualisation; - archiving users’ results (certified and acknowledged) ; - accessing tutorials and researchers’ network for mutual exchanges and share knowledge.

Fore more information and to endorse this Expression of Interest : https://indico.cern.ch/event/869195/

Vacancy notices: "Searching for Dark Matter and investigating the Extreme Universe within the ESCAPE Consortium"