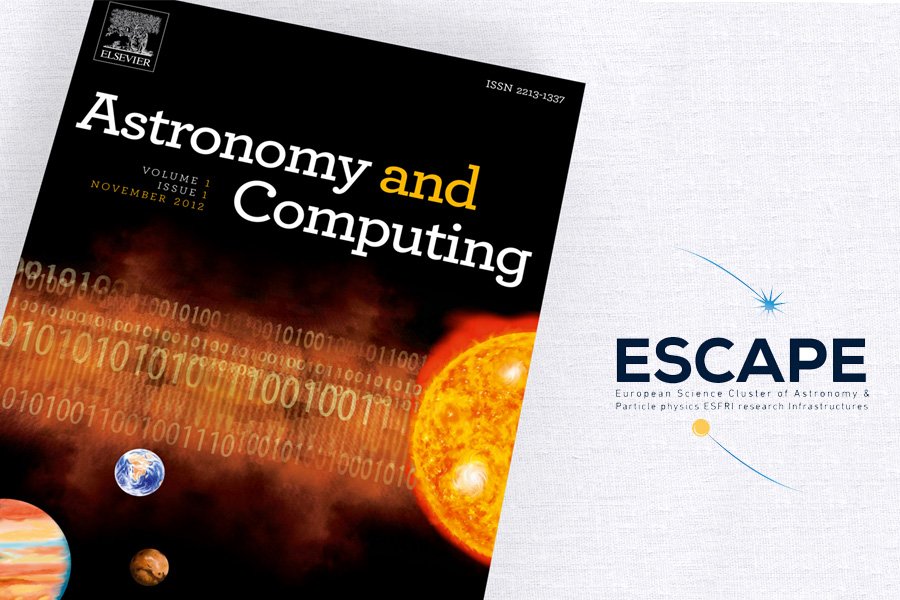 This January 2022, ESCAPE CEVO team published the "Multi Order Coverage data structure to plan multi-messenger observations” article, focused on supporting multi-messenger astrophysics with Virtual Observatory standards and tools,  in the Astronomy and Computing journal. This is a peer-reviewed journal that focuses on the broad area between astronomy, computer science and information technology. The journal aims to publish the work of scientists and (software) engineers in all aspects of astronomical computing, including the collection, analysis, reduction, visualisation, preservation and dissemination of data, and the development of astronomical software and simulations.

The article is lead by Dr. Giuseppe Greco (INFN, EGO-Virgo) with authors from ESCAPE and the AHEAD2020 project. The published article is Open Access and includes an associated Jupyter notebook and a video demonstration of the workflow. The Jupyter Notebook code will be the basis of a new tutorial in the up-coming ESCAPE CEVO “2nd Science with Interoperable data school”.

Detections of gravitational waves in the observing campaigns of the LIGO Virgo Collaboration lead to rapid follow-up observations with telescopes around the world. Gravitational waves arise from the final in-spiral and coalescence of neutron stars or black holes in binary systems. Finding the elusive electromagnetic counterparts requires a high level of coordination and the management of complex regions of the sky that represent the gravitational wave localisation probability maps.

A priority of EGO-VIRGO in ESCAPE is to implement interoperability systems for all-sky visualisation and management of data using Virtual Observatory standards and tools.

The astronomical 'Virtual Observatory’ is a framework of data and services based on common interoperability standards that are defined by the International Virtual Observatory Alliance. These common standards are a powerful way to enable astronomy data providers including the archives of major telescope and space missions to make their data FAIR - findable, accessible, interoperable and reusable through the multitude of interfaces and tools that comply with these standards.

The work of EGO-VIRGO and CDS (CNRS-ObAS) partners in ESCAPE, in coordination with the AHEAD2020 project, has demonstrated the application of the IVOA Multi Order Coverage (MOC) standard as a practical way to manage complex regions of the sky for the planning of multi-messenger observations. MOC maps are a data structure that provides a multi-resolution representation of irregularly shaped and fragmentary regions over the sky based on the HEALPix (Hierarchical Equal Area isoLatitude Pixelization) tessellation.

The new application of MOC reported here, enables the efficient computation of sky regions and the visibility of these regions from a specific location on the Earth at a particular time. It makes use of the CDS Aladin service, as well as the mocpy library, and has contributed to the new version of the IVOA standard (MOC 2.0).