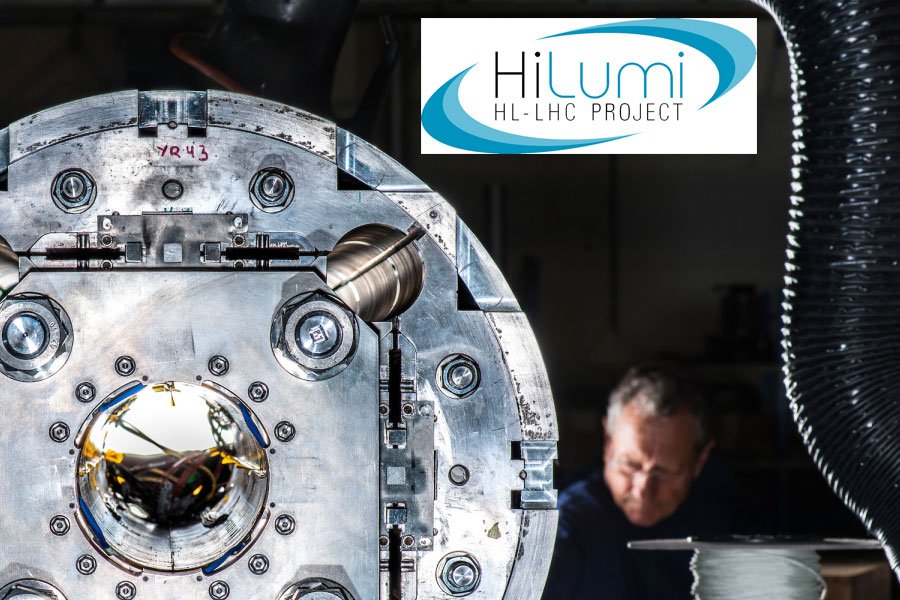 A particle accelerator propels charged particles (electrons, protons or ions) at relativistic speeds, very close to the speed of light (300.000 km/s), by making use of electromagnetic fields in the beam line. The accelerated particles collide against a target or against each other when circulating in opposite directions. The energy of these collisions is transformed into matter and new particles are generated, allowing scientists to glimpse the physics of the very early universe and provide understanding of the fundamental laws of physics in many areas: from the very small, like quark gluon plasma, to large scale standing enigmas such as cosmological dark matter.

Built by the European Organization for Nuclear Research (CERN), the Large Hadron Collider (LHC) is the world's largest and highest-energy particle collider, where billions of proton/antiproton and heavy ion collisions have been recorded since 2011. The LHC's goal is to allow physicists to test the predictions of different theories of particle physics, including measuring the properties of the Higgs boson, searching for the large family of new particles predicted by supersymmetric theories and other unresolved questions in particle physics. The new High Luminosity Large Hadron Collider (HL-LHC) is an upgrade to the LHC, with one of the important factors being a significant increase in luminosity – the number of collisions per second per unit area. The higher the luminosity, the more particles are created and the more data is generated by the detectors, allowing the experiments the opportunity to observe rare processes.

This raises the challenge of delivering this new data efficiently to the globally distributed computing resources needed to process and analyse it. ESCAPE is an important key to addressing this challenge.

ESCAPE allows HL-LHC to demonstrate a very new data management model in collaboration with other astronomy, astroparticle and high energy physics experiments. It is important for long term sustainability that these services are as common as possible so that the data centres that support all of these activities can do so in a cost effective and routine way.

So how is ESCAPE prototyping new data management services for the HL-LHC? The key service, ESCAPE Data Infrastructure for Open Science (ESCAPE DIOS), is building and deploying the large-scale prototype of the data lake Exascale data infrastructure. The data lake is a policy-driven, reliable, and distributed data infrastructure capable of managing Exabyte-scale data sets, and able to deliver data on-demand at low latency to all types of processing facilities. All of the data organisation, management and access services are being developed and tested within ESCAPE DIOS in collaboration with other key science projects. Furthermore, ESCAPE DIOS will be one of the key deliveries to show FAIR data management support and access in ESCAPE.

The ESCAPE ESFRI Science Analysis Platform (ESCAPE ESAP) focuses on the deployment of some key use cases, and the supporting analysis tools. On the other hand, ESCAPE Open-source Scientific Software and Service Repository (ESCAPE OSSR) provides HL-LHC with a repository for all the software and services that need to be used, while also making them available to the broader European Open Science Cloud (EOSC) community.

The ESCAPE Citizen Science (ESCAPE CS) can also support the LHC@Home Citizen Science project by attracting new volunteer citizen scientists to contribute to LHC data processing, in the search for new fundamental particles and answers to questions about the Universe.

The ESCAPE data management service prototype for HL-LHC can also be used by other science communities with similar challenges. This is an important aspect for the cross fertilization environment and it is crucial for open science, as mentioned by Giovanni Lamanna (ESCAPE project coordinator and Director of the “Laboratoire d’Annecy de Physique des Particules”). The collaboration of several key European Strategy Forum on Research Infrastructures (ESFRIs) means that the solutions will be general and widely deployed, and sustainable in the long term.