The High-Luminosity LHC (HL-LHC) is a major upgrade of the Large Hadron Collider (LHC). The LHC collides tiny particles of matter (protons) at an energy of 13 TeV in order to study the fundamental components of matter and the forces that bind them together. The High-Luminosity LHC will make it possible to study these in more detail by increasing the number of collisions by a factor of between five and seven.

CERN's main focus is particle physics – the study of the fundamental constituents of matter – but the physics programme at the laboratory is much broader, ranging from nuclear to high-energy physics, from studies of antimatter to the possible effects of cosmic rays on clouds.

Since the 1970s, particle physicists have described the fundamental structure of matter using an elegant series of equations called the Standard Model. The model describes how everything that they observe in the universe is made from a few basic blocks called fundamental particles, governed by four forces. Physicists at CERN use the world's most powerful particle accelerators and detectors to test the predictions and limits of the Standard Model. Over the years it has explained many experimental results and precisely predicted a range of phenomena, such that today it is considered a well-tested physics theory.

But the model only describes the 4% of the known universe, and questions remain. Will we see a unification of forces at the high energies of the Large Hadron Collider(LHC)? Why is gravity so weak? Why is there more matter than antimatter in the universe? Is there more exotic physics waiting to be discovered at higher energies? Will we discover evidence for a theory called supersymmetry at the LHC? Or understand the Higgs boson that gives particles mass?

ESCAPE will prototype a next generation globally distributed data infrastructure to enable rapid and open access to Exabyte scale scientific data sets.  HL-LHC will benefit from a collaborative development of this as the scientific institutes supporting the LHC experiments are also often involved in providing e-infrastructure for several other sciences involved in ESCAPE.  Having a common set of infrastructure tools, is important for optimising the operation of the involved data centres, and in building common skills in the scientific community.  The data infrastructure of ESCAPE will enable implementation of the “FAIR” principles at unprecedented scale, providing distributed open access to the science data of HL-LHC. 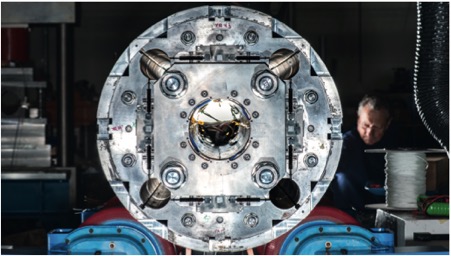