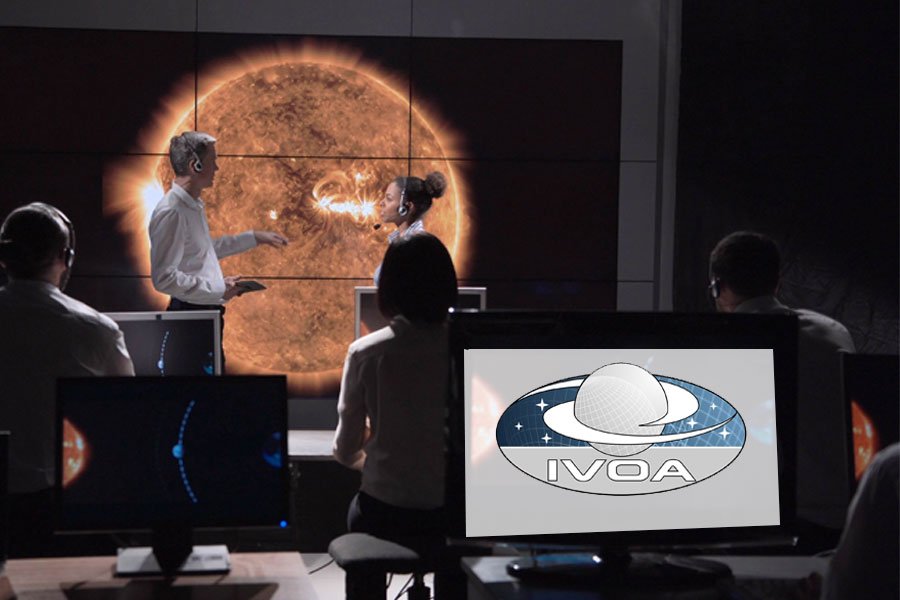 Astronomical observations, irreplaceable and unrepeatable, can generate very diverse and large volumes of data. This data needs to be publicly available in a structured, intelligible format, to unlock interoperability, scientific transparency, long term data curation, data re-use and preservation, to facilitate knowledge production. The more connectable a data collection is to other data collection, the more valuable it is. The creation of standards makes data ineroperable and FAIR.

The International Virtual Observatory Alliance (IVOA)  defines standards and protocols for interoperablity in astronomy, thus enabling dataproviders to implement these and researchers to Find and Access the data, and thanks to Interoperability combine the data and make it Reuseable -- the FAIR principles.

ESCAPE footprint in the development of the astronomy standards landscape

The IVOA 2022 Interoperability Meeting provided inputs to both data publishers and data users. The former group, in which the European Strategy Forum on Research Infrastructures projects (ESFRIs) from ESCAPE are included, received indications on how they need to prepare their data so it is findable and accessible in the VO, thereby making it be possible for the latter group, data users, to find and access that same data.

The collection of inputs from the ESFRIs involved in ESCAPE, namely related to how to publish their radio data, represents valuable information to help IVOA in developing new standards, as well as expanding existing ones. ESCAPE experts also contributed to the overall discussion on what features the VO services should include, namely the combination of data from multiple collections and its stage for subsequent processing and analysis (inputs from ESCAPE ESAP team) and scientific software and services sharing to the science community (inputs from ESCAPE OSSR team).

A long lasting effort towards a smooth interoperable cooperation in Astronomy

European projects, among which ESCAPE is included, as well as ancestor European projects like ASTERICS (Astronomy ESFRI & Research Infrastructures Cluster In and COSADIE (Collaborative and Sustainable Astronomical Data Infrastructure for Europe), have an unquestionable role in bringing data interoperability within astronomy a step further in the European landscape. It is an impressive collaboration that is having a major impact in developing the VO: an entry point to the huge and diverse international astronomy data from multiple platforms, for an interoperable access towards and a reusable science.